Written by Phillip Coorey, Political Editor in the AFR – October 6, 2020.

Almost $50 billion in tax relief for businesses and low-and-middle-income earners is at the heart of $98 billion in new measures designed to return the economy to health and create 950,000 jobs over the next four years.

Making good on the Prime Minister’s pledge for a business-led-recovery, Tuesday’s federal budget contained an investment allowance which, at a cost of $26.7 billion in just over two years, will enable almost every company in the Australia to immediately write off in full any eligible depreciable asset, with no limit on value.

Under the measure, which Treasurer Josh Frydenberg called a “game changer”, only companies with turnovers of more than $5 billion will be excluded, which rules out the big banks and the miners. 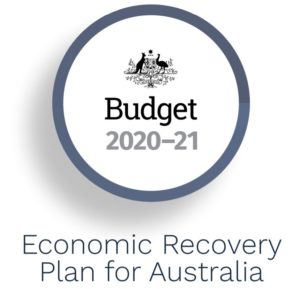 In order to turbocharge investment, the measure came into effect at 7.30pm on Tuesday night and will apply to eligible assets used or installed by June 30, 2022. Assets which can be written off are the same as those deemed eligible under the current depreciation schedule and do not include buildings.

The budget also included $4.9 billion in loss carryback provisions which will enable the same businesses – those with turnovers of up to $5 billion – to write off any losses incurred until June 2022 against profits made on or after 2018-19, before the coronavirus pandemic struck.

Treasury estimates the combined $31.6 billion in business tax relief will boost GDP by around $2.5 billion this financial year, $10 billion next year, create 50,000 new jobs and generate $200 billion in investment.

The budget lays bare the impact on the economy of the coronavirus pandemic.

The $98 billion outlay, of which $74 billion is dedicated to job creation measures, takes to $257 billion in assistance and stimulus announced in just six months. In addition, another $14 billion has been spent bolstering the health system and another $235 billion in loan support, taking the total to $507 billion.

Before coronavirus struck, the budget was on track to pay off net debt early next decade. Now, the budget forecasts net debt to peak at $966 billion by June 2024, which is 44 per cent of GDP, and still be close to 40 per cent of GDP at the end of the decade.

The recession economy is forecasts to contract by 1.5 per cent this year, before rebounding by 4.75 per cent next year off a low base and returning to around trend growth of 2.75 per cent in 2022-23.

The budget forecasts unemployment to peak at 8 per cent this year, which is below the original Treasury and Reserve Bank estimate of 10 per cent, and settle at the pre-COVID level of 5.5 per cent by 2023-24.

That fits the government’s definition of “comfortably below 6 per cent” and will be the trigger to shift the focus of fiscal strategy towards debt and deficit reduction.

To help stimulate demand and drive down unemployment, the budget, as forecast, will backdate the stage two tax cuts to July 1 this year. They will be tweaked to give those on lowest incomes a double tax cut.

The cost to the budget of bringing the cuts forward from their legislated start date of July 1, 2022, and tweaking them, will be $17.8 billion.

They will also make permanent the Low and Middle Income Tax Offset (LMITO) by lifting from $41,000 to $45,000 the income threshold under which the 19 per cent tax rate applies.

But the tweak involves both making this change and giving the same people the LMITO for another year, which is worth a $1080 rebate at the end of this financial year. Treasury forecasts the tax cuts to create 40,000 jobs.

Also, the young unemployed will be helped back into work with a JobMaker Hiring Credit wage subsidy.

In order to help drive the $1.5 billion plan announced last week to promote manufacturing in six chosen sectors, the government has also backed down on plans to cut the Research and Development tax concession by $1.8 billion.

A $4 million cap imposed on businesses with turnovers under $20 million has been scrapped for a less onerous provision, and the “intensity” test applied to bigger companies has been refined so it is more generous. The $1.8 billion cut is now a $2 billion gesture of support.

To further help stimulate demand and help those on lower incomes, pensioners and other welfare recipients, who have already receive two separate payments of $750 each, at a cost of $9.8 billion, will receive two more payments of $250 each.

To be paid in December and March, the payments will cost $2.6 billion and be made to pensioners, veterans low income families and concession card holders.

Apart from the tax cuts and a $10 billion boost to the government’s existing $100 billion infrastructure plans, almost all the measures in the budget have a limited life span, enabling them to be turned off and for the deficit to be quickly reduced.

The government has also made a downpayment on what will a significant reform to the aged care sector when the Royal Commission hands down what is expected to be a critical report in February.

The budget allocated immediately $1.6 billion for another 23,000 home care packages

The government will not make a decision until closer to Christmas as to what level the dole will be into the new year. Bolstering the benefit by $550 a fortnight in response to the crisis cost the budget $12.3 billion to the end of September, less than the $14 billion estimated.

The supplement has since been cut to $250 a fortnight but an unemployed person can earn up to $300 a fortnight without affecting their payment. 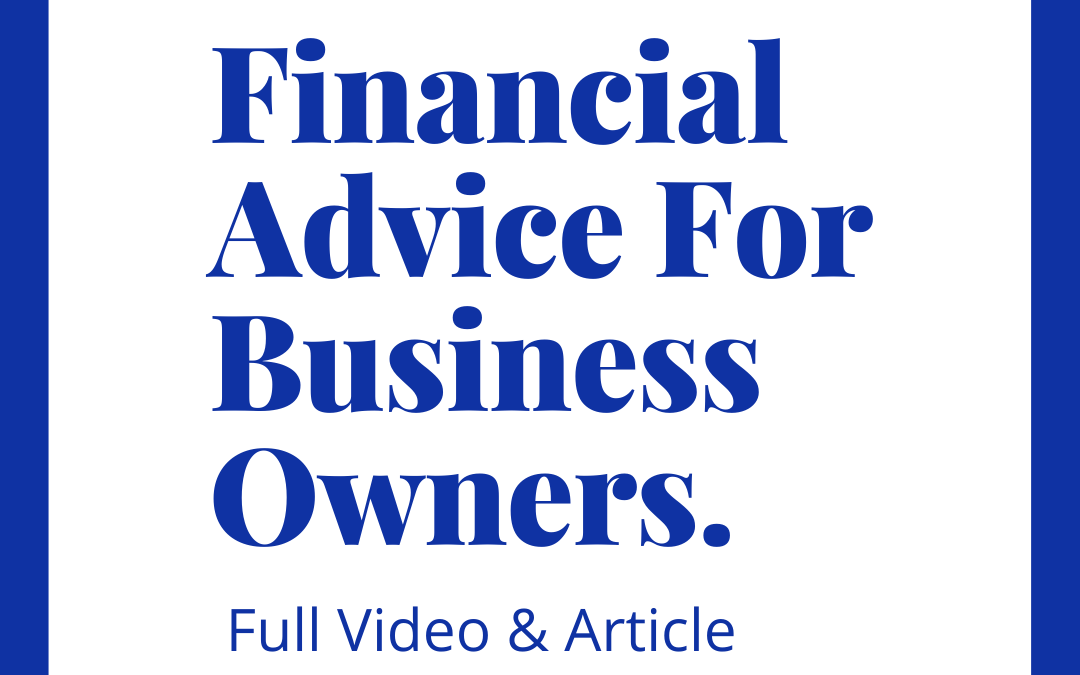 5 Easy Tips To Make The Most Of Tax Time

facebooklinkedininstagramfacebookBeing organised leading into the new financial year can put you in a better financial position quickly - getting the uplift from being tax effective could be your best return all year. That's why we share tax time tips.  This article... 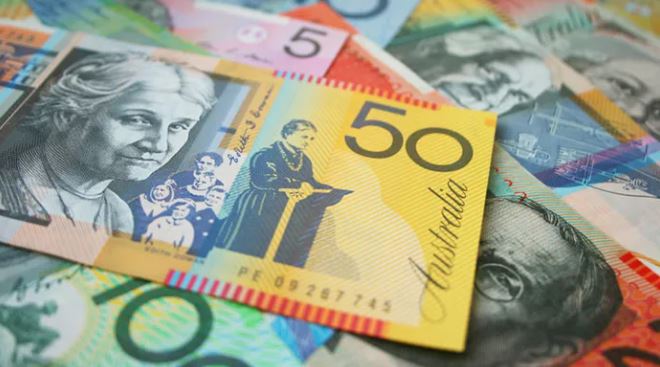 facebooklinkedininstagramfacebookI think we can all agree that it has been a crazy year since the last budget in October 2020.  Here’s some highlights from the 11th May 2021 Federal Budget.  The general theme of the budget is that it is looking a lot more promising... 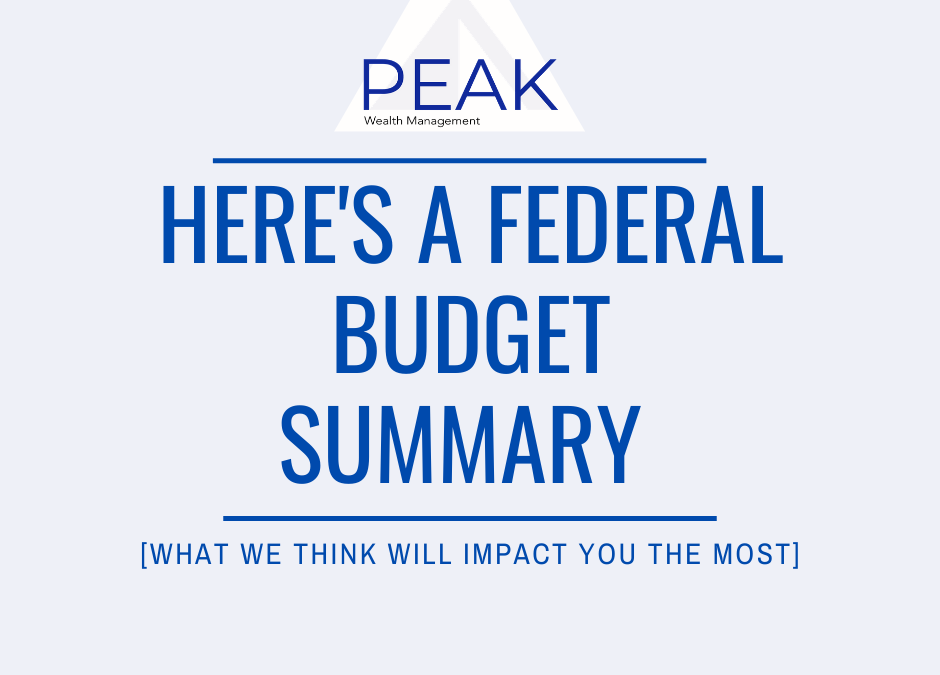 We have had an extremely busy week in Peak Wealth Management with Andrew Debono securing his spot as a finalist for Independent Financial Adviser (IFA) Young Adviser of the Year Award 2020. That is huge for us to be recognised as one of Australia's leading finance...