Article shared in the MoneyMag and written by David Thornton on September 9, 2020 which discusses ideas on the transfer of wealth to kids and grandkids.

If you’re financially secure enough to cover your own financial needs, you might be thinking about transferring wealth to your children or grandchildren.

Firstly, you need to understand your reasons for transferring wealth, and the problems that may arise – including the unequal distribution of assets or who gets what. 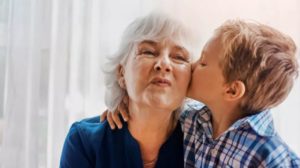 “Why do you want to start transferring wealth? Once you know the why, then you can look at the how and the what,” says Harry Goldberg, financial planner from Purpose Advisory.

Financial planner Lisa Barber says this is where she sees the most unrest in families.

“If a sibling isn’t aware another is receiving, there’s a lot of greed and disruption in families,” she says.

“If one beneficiary is supported more than the other, there should be a family discussion around that. If there’s disagreement and a parent passes away, legal costs can run wild,” she says.

Barber has advised several clients where, even after a parent’s death, estranged children will appear and want their portion, which invariably leads to a costly legal battle. In these cases, it often goes in favour of the estranged child, she says.

It comes down to open communication and getting everyone on the same page. “Fair and equitable is difficult in a family – some children are more financially disadvantaged than others,” she says.

Assuming you’re in a position to pass on wealth, paying down a child’s debt can provide them with a useful leg-up. Data for the fourth quarter of 2019 show Australian households remain the second most indebted in the world, after Switzerland, with debts totalling 119.5% of gross domestic product. On average, Aussie households have about twice their disposable income in debt.

“I’ve never seen cash provided to the kids which is then re-invested if they have debt; it almost always goes towards paying down debt, especially a mortgage,” says Barber.

“If you are gifting money to a child, nine times out of 10 they have debt. It’s all about priorities. Some parents will prefer to pay for private school fees, others will pay for the HECS debt because they don’t want their children to have a debt when they start their working life.”

And this is set to get worse for many prospective students. While degrees, including nursing and mathematics, will be cut to $3700 a year, humanities degrees will more than double to $14,500 a year.

“Coming out of university without any debt is a fantastic starting point for any young adult, but can that parent afford to pay that debt – that’s the question,” says Barber.

Monetary gifts pose their own set of risks, though. They will become a matrimonial asset available for division if your child separates from their partner. It will also become an asset available to creditors should your child’s business be sued by creditors.

These risks can be mitigated by providing long-term, possibly interest-free, loans instead.

“If you make a properly documented loan to one of your children during your lifetime rather than a gift, then if one of your children and their spouse or partner goes through a relationship breakdown you can recall the loan and the amount you lent them will not be available for division in a Family Court property settlement,” according to Fox & Staniland Lawyers.

“If you wish to let only some of your children have the benefit of some of your assets during your lifetime, but you ultimately want to treat all your children equally, then by passing the benefit by way of a loan when combined with appropriate compensating gifts in the will can ultimately have the equalising effect you desire,” says the law firm.

Are they ready for it?

Just because your child is young and may be in need of the money doesn’t mean they have the maturity or inclination to use it responsibly. Geoff Stein, from Brown Wright Stein Lawyers, likes to apply what he dubs “the red Ferrari test”.

If your children would choose a fancy car over buying a house, investing or paying down debt, then maybe they’re not yet responsible enough to handle the gift of wealth.

“I often ask clients, ‘At what age were you responsible enough to receive the kind of wealth you want to pass down?’ ” he says.

He says family dynamics related to inheritance are as much of a horizontal exercise as they are a vertical exercise. “Even in a simple family, you don’t know what your relationship with your sibling is like until you have to share an inheritance with them,” he says.

“If you haven’t got a vanilla family, questions arise about what happens if the surviving spouse has other children of a deceased spouse, and sometimes the person who’s made the will hasn’t thought through what provision is appropriate. Even if that person has organised a will, the surviving children may not agree with the arrangement.”

Other considerations may include whether any of your children have special medical needs, leading you to perhaps provide them with a proportionately larger share. As with much of this, a lot comes down to your own personal values.

Set up a trust

The most common means of passing on wealth is through a trust.

The tax office defines a trust as “an obligation imposed on a person or other entity to hold property for the benefit of beneficiaries”.

The trustee is responsible for managing tax affairs, including registration, lodging returns and paying some liabilities. Beneficiaries receive income from the trust and report it if and when necessary.

Trusts are particularly useful in making sure inheritance ends up exactly where you want it.

“Sometimes the parents don’t have a good relationship with their child’s choice of partner,” says Barber. “In those cases often a trust is formed. It can then be distributed from there, but it will stay in the trust and they don’t become the owner, only the beneficiary.”

If you want to pass on wealth while you’re still alive, it’s a revocable trust. Here a chosen trustee is assigned responsibility for managing that individual’s assets on behalf of the eventual beneficiary. The trust is still controlled, and the assets owned, by the person who made it, so they can revoke or amend the trust as they see fit. Because of this flexibility, the revocable trust may also allow the trustee the discretion to make changes too.

Once the grantor dies, a revocable trust will automatically default to an irrevocable trust, which can no longer be altered. The trustee has full control over the trust. The only way to alter the trust is for all the beneficiaries to agree to do so.

One type of irrevocable trust is a testamentary trust. These are created by your will, coming into effect at the time of death.

“Testamentary trusts are the number one estate planning strategy people should employ, especially if there’s significant wealth to be passed on,” says Peter Bembrick, from HLB Mann Judd.

Their key advantages are asset protection and tax effectiveness. Assets held in the trust are not assets of any individual, so they won’t be assessed as part of an estate if your child goes through a separation. They also allow income tax splitting, and that can include children under 18 who come under the tax-free threshold.

“If children hold the assets in their own name, there’s no protection should they go through a divorce or be sued, but a testamentary trust protects against that,” he says.

Lawyer Geoff Stein says: “You get the asset protection features, in addition to tax concessions.”

It’s also worth remembering that the tax benefits of the trust extend only to the assets placed in it by the creator of the trust. Beneficiaries or trustees can’t add to the trust in order to free-ride its tax-effectiveness.

“You can’t load up trusts with more assets and expect it to be all concessionally taxed; you’re limited to the original inheritance,” says Bembrick.

Barber says one of the most effective ways to provide cash to your children, in a way that ensures it will be used responsibly, is to transfer money directly into their mortgage offset account.

The interest saved on the home loan will typically be more than the children will receive were the cash to be held in their own savings account.

“It’s a win as it allows you to transfer cash, and they can pay you a portion of the higher interest rate they receive,” she says.

There are a couple of ways to go about setting up a loan agreement with your children. Both options require a written agreement organised by a lawyer, and this can set you back between about $1500 and $2500.

A higher-risk option would be to create a caveat on the title in the names of the parties lending the money. However, this is a riskier way to go as the mortgagee would have all rights to the property if the initial loan was not managed and the property went into foreclosure.

Another option is to put extra money into your own superannuation account, knowing that your children or a trust can benefit from that.

“One way to be tax effective is through a tax death benefit pension. It can transfer into a child and grandchild’s name,” says Barber. “Because it is from super, it is tax-free income for the grandchildren.

It’s not at all common, and it’s a very unknown area of tax planning regards the transfer of wealth.”

This is also a way to engage in investing with your child earlier on in life, allowing them to understand the ins and outs of a structure from which they’ll eventually benefit.

However, Goldberg points out that superannuation death pensions will lose their tax-effectiveness following death if not paid out to a dependant, unless the death benefit is paid in a lump sum. If paid as an income stream, it will be taxed at the child’s marginal tax rate once they reach a certain age.

A dependent for tax purposes is classified as: