Australian Businesses Are Hiring Again, As The Number Of Roles Advertised Jumps 60%. This Is Where The Jobs Are. [BusinessInsider]

If you’re anxiously hunting for a new job, things are beginning to look up.

Having effectively dried up following the March shutdown, the volume of advertised positions has begun to grow again, surging 60.6% over the last fortnight compared to April, according to SEEK. 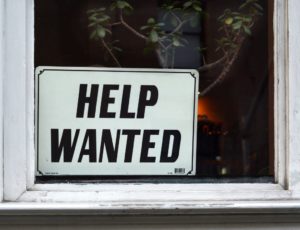 “This data reaffirms our view that job ad volumes are recovering, although still in the early stages of recovery, and we will continue to monitor volumes for stability and consistency,” SEEK Australia and New Zealand managing director Kendra Banks said.

It’s the fourth consecutive fortnightly rise after a job ad recovery sparked in May saw lifts of 26.8%, 39.7% and 49.2% emerge. The latest surge shows the rebound is only gathering pace.

The healthiest sector appears to be – fittingly – the healthcare and medical sector, with physios, aged care and medical nurses, dental works, psychologists, counsellors, medical admins and GP practices all hiring.

Tradespeople and service workers from electricians to hairdressers and beauticians are in demand, as are IT workers, developers and system analysts. Manufacturing, as well as the community services sector, are also hiring, with job ad growth seen nationwide.

They were followed by the Northern Territory, Victoria, South Australia, and New South Wales, all recording upwards of 50% growth apiece.

As the states and territories continue lifting restrictions, Banks expects job growth to maintain its upward trajectory after overcoming a probable 30 June slump. For those on the lookout for their next gig, Banks suggests the coming months could prove to be an even happier hunting ground.

“Historically, job ad volumes tend to ease off towards the end of the financial year but are followed by a quick boost in July and August when hirers have re-set their budgets,” she said.

“With the continued easing of restrictions, the economic measures put in place by the government and the new financial year we hope to see this translate into more jobs advertised in July.”

It comes after the Australian government revised its unemployment forecasts – now expecting it to peak at 8% rather than 10%, a difference of hundreds of thousands of Australian workers. At the moment, unemployment sits at 6.2%.

However, job ads remain well below pre-COVID-19 levels, with many more applicants in the market after more than 600,000 layoffs in April alone.

A reopening economy will likely (and paradoxically) result in a higher technical unemployment rate as more Australians re-enter the job market after a hiatus.

The latest stats present something of a double-edged sword. While there are more ads than there were in April, there’s bound to be no shortage of eager applicants.