How The Block Could Disprove A Million-Dollar Property Myth

It’s a stubborn myth that costs investors millions, but the properties on The Block 2020 are disproving it once and for all.

It is a widely held belief that only new properties hold depreciable value, but there are more than $14 million dollars in total estimated depreciation tax deductions to be found in this year’s properties on The Block.

The astounding amount was found across five Victorian properties with original construction dates going as far back as 1910, disproving the myth that depreciation is only available on new investment properties. 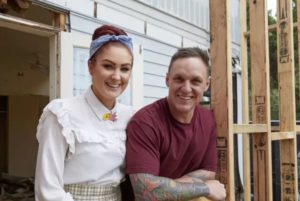 Owners of income-producing properties can often claim sizable tax deductions for the natural wear and tear that occurs to a building and its fixtures and fittings over time. These deductions are known as property depreciation.

A good proportion of property investors miss out on claiming significant amounts at tax time, simply because they think that older properties don’t hold depreciation deductions.

This couldn’t be further from the truth. Renovated properties, such as those on The Block, can hold hundreds of thousands, and sometimes millions, of dollars in lucrative tax deductions.

The Block 2020 contestants have been tasked with renovating properties in the affluent bayside suburb of Brighton, Victoria. This season, some of the properties are among the oldest in the show’s history, yet the depreciation deductions found are among the highest.

Buyers of The Block properties are not only homeowners, but also savvy property investors looking to build on their long-term wealth.

With a total renovation cost greater than $14 million dollars, this season of The Block will once again be a lucrative opportunity for property investors to take advantage of millions in depreciation deductions.

The average total depreciation is estimated at just under $2.9 million per property.

Prospective buyers will factor this depreciation into their cash flow analysis, which will ultimately help them weigh up their investment decision.

360A New Street, renovated by contestants Jimmy and Tam, holds the greatest depreciation tax deductions this season, coming in at an estimated maximum total of $3,225,879.

The lucky buyers of The Block investment properties can claim this depreciation for the next 40 years, or up until 2060.

Article written by Bradley Beer and posted in MoneyMag on November 5, 2020.